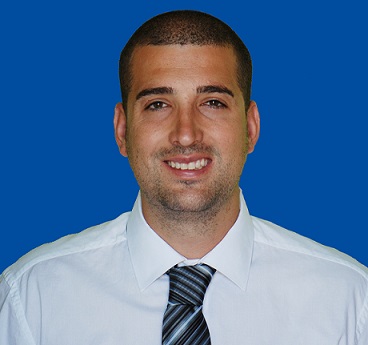 He obtained Master degree in the area of IT management at the University of Montenegro. Before this, he graduated at the Faculty for Information Technologies in Podgorica, followed by specialization at the same Faculty.

So far, he has gained extensive experience from working for reputable companies in the field of telecommunications, information and network technologies. In parallel with his employment he also obtained professional development by attending and passing the Microsoft, Cisco, Oracle Certificates, as well as other courses in the area of information and network services. The greatest experience he gained by working in the projects of designing, developing and maintenance of Information systems.

Currently, he is a 3rd year PhD student and working in DeustoTech Mobility department in University of Deusto. His main research interests include RFID technology, anti-collision protocols, algorithm analysis and optimization.

Egonetwork
Shows the graph relationship between Nikola Cmiljanic and his co-authors.


Tag cloud
Weighed list of the topics used in the publications authored by Nikola Cmiljanic, visually represented as a cloud.


Similar people
Performs an analysis based on the topics used by Nikola Cmiljanic, looking for similar people having published in those topics. The greatest the overlap, the strongest the similarity between them.

Timeline
Displays the projects in which Nikola Cmiljanic has been involved through the years.


Tag cloud
Weighed list of the topics used in the projects Nikola Cmiljanic has worked in, visually represented as a cloud.

Evolution
Displays in a visual way the different positions Nikola Cmiljanic has held.