The TIMON APP was presented in DeustoTech at the University of Deusto on 12th June 2018. The attendees were encouraged to download the app available in Google play (https://play.google.com/store/apps/details?id=eu.timon.app) and to start using it since it, now, incorporates a routing engine to be used in Bilbao and its surroundings. 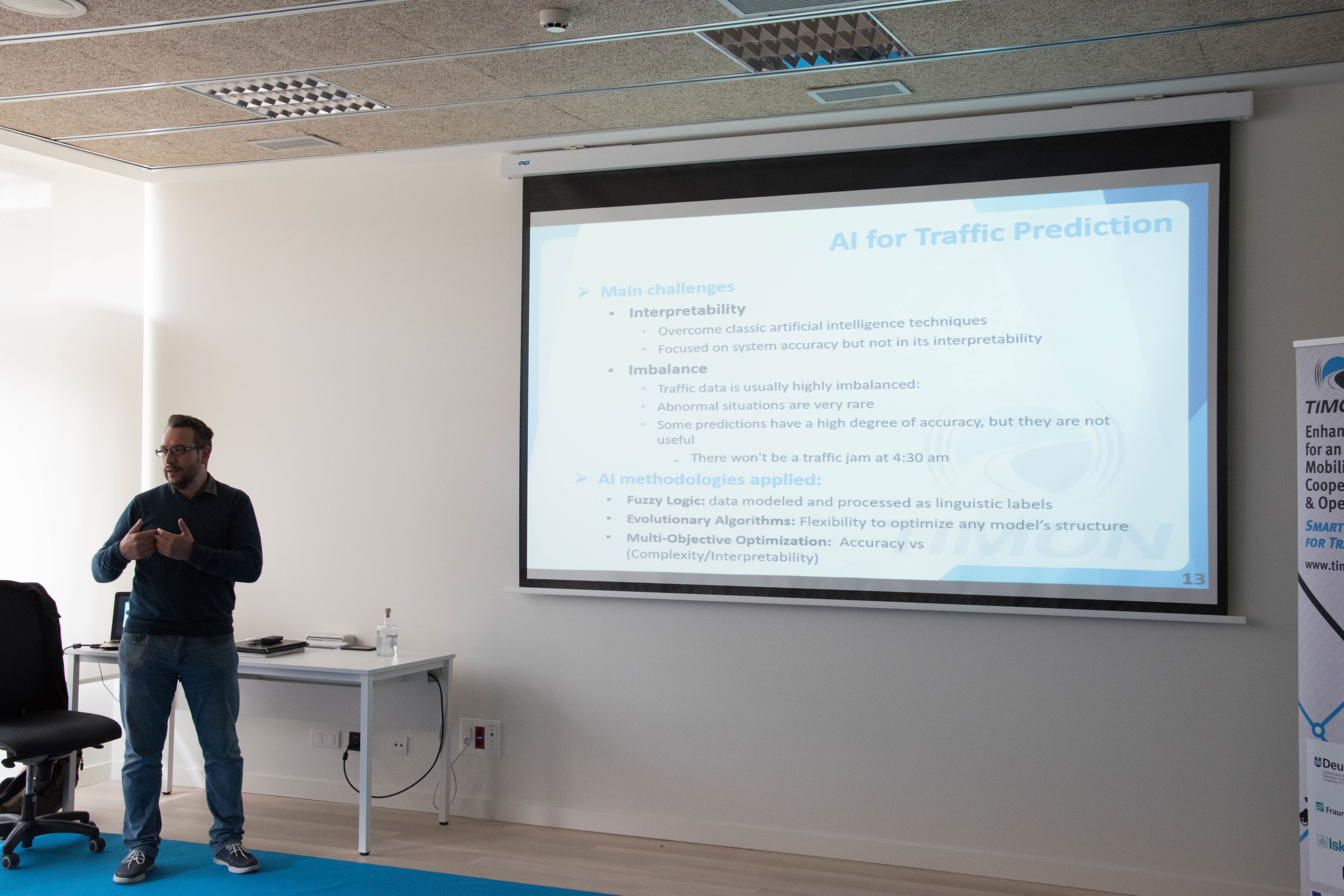 Moreover, the main features of the Artificial Intelligence used in TIMON were exposed. The Real Time Traffic and the Traffic Prediction systems (RTT-TPS) were presented and explained and also the Multi Modal Routing System (MMRS) was presented with all the types of routes available for drivers, cyclists, motorcyclists and multimodal public transport routes. A demo showing all the functionalities and particularities was also shown.