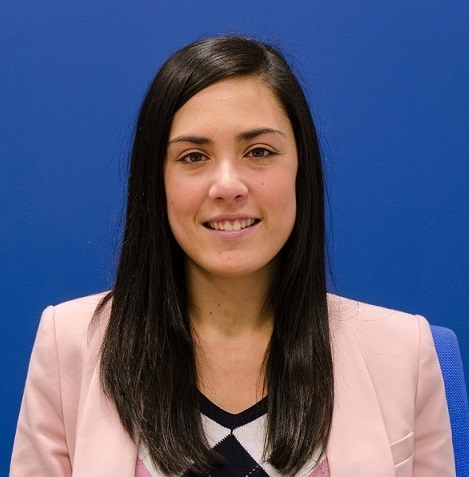 Eng. Idoia de la Iglesia. She is a PhD student in the University of Deusto. Graduated in Telecommunications Engineering at the same university in 2013, obtained the best academic record award and the best final project degree award. Due to her final project degree, she was also given theTELTRONIC first award in Solutions for Critical Communications by the Official Telecommunication Engineering Association of Spain (COIT)in 2014. She received Master degree in Transportation Systems from the University of the Basque Country in 2014. She was an intern in NEC Laboratories Europe during 6 months, where she carried out her Master Thesis. Since July 2012 she also works at the Mobility Department in Deusto Institute of Technology specialized in vehicular communication, Intelligent Transportation Systems and heterogeneous networks.

Egonetwork
Shows the graph relationship between Idoia De la Iglesia and her co-authors.


Tag cloud
Weighed list of the topics used in the publications authored by Idoia De la Iglesia, visually represented as a cloud.


Similar people
Performs an analysis based on the topics used by Idoia De la Iglesia, looking for similar people having published in those topics. The greatest the overlap, the strongest the similarity between them.

Timeline
Displays the projects in which Idoia De la Iglesia has been involved through the years.


Tag cloud
Weighed list of the topics used in the projects Idoia De la Iglesia has worked in, visually represented as a cloud.