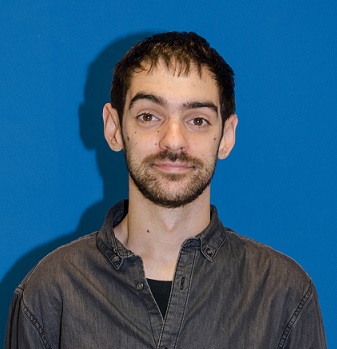 BSc in Technical Engineer in Computer Systems at the University of Almería, Almería, Spain (2009-2012), MSc in Soft Computing and Intelligent Systems at the University of Granada, Granada, Spain (2012-2013), and MSc in Avanced AI: fundamentals, methods and applications at the National University of Distance Education (UNED) (2013-2014). He finished its Ph.D in the field of Artificial Intelligent applied to mobility in DeustoTech Mobility research team in Deusto Institute of Techonology with the defense in 2016 of his thesis "Aplicación de Técnicas de Inteligencia Artificial para la Predicción de Congestiones a Corto Plazo", obtaining Cum Laude and International Mention on it. He is author or coauthor of more than 20 articles both indexed journals as well as conference papers in international and national conference related to its doctoral studies field.

Egonetwork
Shows the graph relationship between Pedro López and his co-authors.


Tag cloud
Weighed list of the topics used in the publications authored by Pedro López, visually represented as a cloud.


Similar people
Performs an analysis based on the topics used by Pedro López, looking for similar people having published in those topics. The greatest the overlap, the strongest the similarity between them.

Timeline
Displays the projects in which Pedro López has been involved through the years.


Tag cloud
Weighed list of the topics used in the projects Pedro López has worked in, visually represented as a cloud.

Evolution
Displays in a visual way the different positions Pedro López has held.