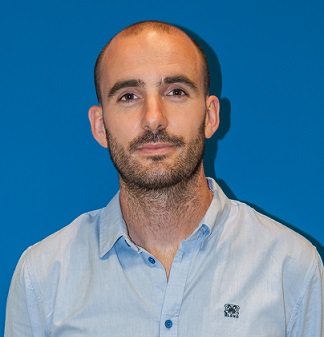 Alfonso Bahillo got his Telecommunications Engineering and PhD degrees at the University of Valladolid, Spain, in 2006 and 2010, respectively. He got the PMP (Project Management Professional) certification at the PMI (Project Management Institute) in 2014. From 2006 to 2010 he joined CEDETEL, the Centre for the Development of Telecommunications in Castilla-León, working as research engineering. From 2006 to 2011 he has been working as an assistant professor at the University of Valladolid with responsibility in two subjects each year, the subjects were related to communications electronics and radiocommunications. From 2010 to 2012 he joined LUCE Innovative Technologies as product owner with responsibility in the field of indoor local positioning systems and ambient assisted living. From 2012 and 2013 he joined the WITACA radiolocalization research group at the University of Valladolid as post-doctoral researcher. Currently, he is working as post-doctoral researcher at the University of Deusto in Bilbao where he trains Master’s students and collaborates in several national and international research projects in the field of radiolocalization and ambient assisted living. Also, he collaborates as invited professor training Master’s students with the Faculty of Electronics and Telecommunications at the University of Cauca in Colombia. He has worked in more than 20 regional, national and international research projects and contracts. He is co-author of 17 research manuscripts published in international journals of high impact, 7 research chapters of scientific international books, more than 30 communications in international conferences, and 3 national patents. All of them related to local positioning techniques, ambient assisted living, wireless networking, numerical methods in electromagnetic and radio propagation modelling for indoor and outdoor communications. Furthermore, he is a reviewer of important scientific journals such as IEEE Transactions on Signal Processing, IEEE Transactions on Wireless Communications, IEEE Transactions on Instrumentation and Measurement, EURASIP Journal on Wireless Communications and Networking, EURASIP Journal on Advances in Signal Processing, Elsevier Sensors and Actuators, IEEE Transactions on Vehicular Technology, and Wireless Personal Communications de Springer.

Egonetwork
Shows the graph relationship between Alfonso Bahillo and his co-authors.


Tag cloud
Weighed list of the topics used in the publications authored by Alfonso Bahillo, visually represented as a cloud.


Similar people
Performs an analysis based on the topics used by Alfonso Bahillo, looking for similar people having published in those topics. The greatest the overlap, the strongest the similarity between them.

Timeline
Displays the projects in which Alfonso Bahillo has been involved through the years.


Tag cloud
Weighed list of the topics used in the projects Alfonso Bahillo has worked in, visually represented as a cloud.

Evolution
Displays in a visual way the different positions Alfonso Bahillo has held.