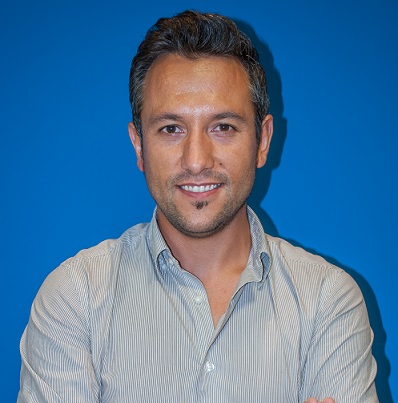 Antonio D. Masegosa took his University degree in Computer Engineering in 2005 and his PhD in Computer Sciences in 2010, both from the University of Granada, Spain. From September 2006 until July 2014 he was member of the Models of Decision and Optimization Research Group of the University of Granada. During that time, he also did two short research stays: one with Prof. Natalio Krasnogor, at the University of Nottingham (UK) and another one with Prof. Witold Pedrycz, at the University of Alberta (Canada). In 2014, he was awarded an Ikerbasque Research Fellowship to join the Mobility Unit at the Deusto Institute of Technology (DeustoTech), where he is working from November 2014. He has co-edited three books and co-authored one. He has published more than 20 manuscripts in leading scientific journals, international and national conferences. He has also co-edited one special issue for the Memetic Computing journal. He is member of the editorial board of the International Journal of Swarm Intelligence and Evolutionary Computation (OMICS) and of the program committee of international conferences as IEEE CEC, ECAL or NICSO. He has served as reviewer in international journals as IEEE Transactions on Evolutionary Computation, Information Sciences, NeuroComputing or Memetic Computing; and international conferences as GECCO or IEEE SCCI. His main research topics are focused on Intelligent Systems based on Soft Computing techniques for decision and optimization problems. In particular, his current research interests are the design and development of cooperative hybrid metaheuristics and the application of metaheuristics in dynamic and uncertain environments.

Egonetwork
Shows the graph relationship between Antonio Masegosa and his co-authors.


Tag cloud
Weighed list of the topics used in the publications authored by Antonio Masegosa, visually represented as a cloud.


Similar people
Performs an analysis based on the topics used by Antonio Masegosa, looking for similar people having published in those topics. The greatest the overlap, the strongest the similarity between them.

Timeline
Displays the projects in which Antonio Masegosa has been involved through the years.


Tag cloud
Weighed list of the topics used in the projects Antonio Masegosa has worked in, visually represented as a cloud.

Evolution
Displays in a visual way the different positions Antonio Masegosa has held.