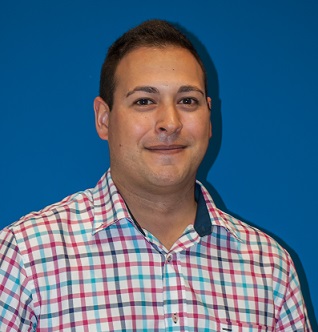 Enrique Onieva received the B.E. degree in computer science engineering, the M.E. degree in soft computing and intelligent systems and the Ph.D. degree in computer science from the University of Granada, Spain, in 2006, 2008 and 2011, respectively. From 2007 to 2012, he has been with the AUTOPIA Program at the Centre of Automation and Robotics, Consejo Superior de Investigaciones Científicas, Madrid, Spain. During 2012 he has been with the Models of Decision and Optimization group, at the University of Granada. From the beginning of 2013, he is with the Mobility Unit at the Deusto Insitute of Technology (DeustoTech), where he carries out cutting-edge research in the application of soft computing techniques to the field of intelligent transportation systems. He has participated in more than 15 research projects and authored more than 80 scientific articles. From them, more than 25 are published in journals of the highest level. His research has been recognized and awarded several times in international conferences, and his publications get an H-index of 9 (scopus.com). Currently, he is one of the most prolific researchers in his area. His research interest is based on the application of Soft Computing Techniques to Intelligent Transportation Systems, including fuzzy-logic based decision and control and evolutionary optimization.

Egonetwork
Shows the graph relationship between Enrique Onieva and his co-authors.


Tag cloud
Weighed list of the topics used in the publications authored by Enrique Onieva, visually represented as a cloud.


Similar people
Performs an analysis based on the topics used by Enrique Onieva, looking for similar people having published in those topics. The greatest the overlap, the strongest the similarity between them.

Timeline
Displays the projects in which Enrique Onieva has been involved through the years.


Tag cloud
Weighed list of the topics used in the projects Enrique Onieva has worked in, visually represented as a cloud.

Evolution
Displays in a visual way the different positions Enrique Onieva has held.