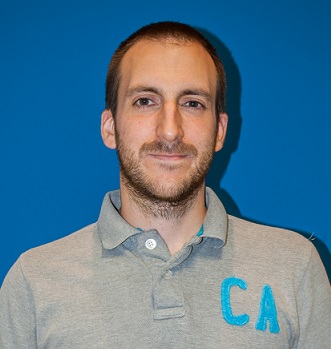 Since 2014, he has been working at DeustoTech (Deusto Research Institute), a centre associated with the Faculty of Engineering of the University of Deusto in Bilbao. Previously, Luis worked in Everis, Madrid, as a Senior IT Consultant (2005-2011) and in the SOFTLAB research group, at the Carlos III University of Madrid (UC3M) as a research support technician (2013-2014).

His scientific-technical interests and objectives are framed within the scope of localization systems, especially oriented to pedestrians in indoor environments, as well as the development of location-based services and intelligent environments.

Egonetwork
Shows the graph relationship between Luis Enrique Diez and his co-authors.


Tag cloud
Weighed list of the topics used in the publications authored by Luis Enrique Diez, visually represented as a cloud.


Similar people
Performs an analysis based on the topics used by Luis Enrique Diez, looking for similar people having published in those topics. The greatest the overlap, the strongest the similarity between them.

Timeline
Displays the projects in which Luis Enrique Diez has been involved through the years.


Tag cloud
Weighed list of the topics used in the projects Luis Enrique Diez has worked in, visually represented as a cloud.